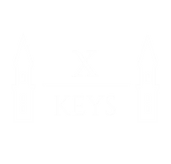 Find Your Place In the Next Christendom

Ten Keys is merging with TheMajestysMen.com and joining the HNR.GD Network to combine our efforts for greater Kingdom impact. Ten Keys will become an initiative of The Majesty’s Men, which seeks to maximize Godly men and their work to build Christendom. Utilizing the digital infrastructure and platform The Majesty’s Men has built over the last decade, referred to as the HNR.GD Network, we will be able provide a more robust and polished searchable membership directory, interactive map, and even help facilitate a social community and mobile app focused on the churches, businesses, and services of the saints seeking to work with one another to build Christendom amidst a hostile world.

We look for this to open up for member access within the 2nd half of 2022.

We exist to connect all members of the Christian faith who have come to see Christ’s lordship and purchased victory over the Earth. We must work, laugh, and sing together as His kingdom comes.

We have identified ten core ideas that we call the Ten Keys that are forming the shape of the next reformation. As the West repents together of these ten failures, we turn back toward the works we have neglected in obedient faith and set our gaze upward toward heaven for our Lord’s forgiveness, blessing, and favor.

There is fresh hope given for every generation who would return to the Lord. His mercies are new every morning.

A Vision for Christendom

A Movement is sweeping our nation. Men and women of the Christian West are remembering the rock from which they were hewn. But that rock lies scattered and disorganized. Voices are raised in various quarters of the kingdom, faithfully defending truth and fighting the multitude of our Lord’s enemies.

Many others are working to unite the church back into one unified worshipping body. While this is the holy vision of the end, there remains an even more urgent need: a call to live as Christians in our own corners of Christendom against the pagans.

That is the aim of the Ten Keys, which aims to focus all Christians back to ten key implications of the Christian faith that the pagans have waged war against for centuries. Many are remembering these ten keys and need a place to gather as Christians of the Earth – not as Protestants, Lutherans, Baptists, Pentecostals or Presbyterians.

These distinctions matter and the path to their dissolution may be long, but let us continue to worship and labor as one people until the day that the Spirit of the Lord leads us together into greater truth. Until then, we should stand together across denominational lines in a battle which has already been won in the Heavens and is now ready to come rain its victory on the Earth. Let us declare in loud chorus together to the wicked rulers of the Earth:

“Kiss the Son,
lest he be angry, and you perish
in the way,
for his wrath is quickly
kindled.

Blessed are all who take refuge
in him.”

We must work together in the war for the West. This means we need the coordination of households, churches, schools, businesses, and craftsmen wholly dedicated to victory over the pagans. We must not continue to engage in life as if we are in peacetime. Ten Keys is building the map of the battlefield so you can join in the fight according to your gifts, talents, and opportunities.

Many strong outposts are already doing their part locally. We want to exist as a tool for those who feel stranded to join with like-minded communities near them. If you share our vision of repentant reformation for the West, please consider adding your community to our map that others might know what you are doing.

Explore the map and directory of work (coming soon).

Four-year degrees from pagan, bureaucratic institutions should not be where Christians prepare their children for a life of professional work. The modern method has failed us and paved the way for mutually beneficial apprenticeships to become a viable path forward. Many are already doing this informally, but we have a vision of a formalized network to offer wider opportunities to more people. We have much to learn from our Christian heritage, and the commercial entities that led to the first Christian Universities of the West are poised for an amazing resurgence. Together, we can make this dream a reality—and it begins with you and your household.

Tell us what work you’re doing in your community and join the kingdom directory.

Hear the stories of Christendom and be inspired to create beauty, seek justice, and find joy in celebration.

Read more about our common vision for a multi-denominational Christendom.

See the section below.

We have torn apart the church of Jesus Christ with our sectarian spirit. Together, we must humble our pride and seek the unity of mind that comes from the true and simple gospel of Jesus Christ clearly given in the church’s historic creeds.

We have given our children to the God of secularism for generations. Together, we must repent of not taking responsibility before God to raise our children in the nurture and admonition of the Lord.

We have grown soft as a result of our unjust economic system, profiting without thought from the labor of the poor across the world. Together, we must again find dignity, value, and meaning in honest, diligent labor.

We have rejected God’s revealed design for man and woman in the world. Together we must charge men to take up the solemn duty of headship in the home, church, and society and charge women to work diligently for the sake of the beauty, glory, and prosperity of their households.

We have rejected God’s law in favor of man’s wisdom. Together we must humbly submit ourselves to the perfect law of liberty and repent of our foolish attempts to become our own lawgivers.

We have allowed our greed to blind us to the moral destruction caused by institutionalized theft and corruption. Together, as a nation, we must understand and return to using equal weights and measures in our trade and commerce.

We have replaced true worship with a self-centered emotional experience and lost sight of the glory of our great God. Together, we must return to the true worship of the Triune God in reverence and awe, singing Psalms, hymns, and spiritual songs.

We have grown complacent and blind, unable to see God’s judgment for what it is even as it is falling all around us. Together, we must again proclaim with authority that God punishes sinners in this life and the next and stand boldly against the enemies of Christ’s church who would seek to destroy it.

We have rejected God’s ability to communicate the reality of his world to us by his word and, in our pride, insisted in our ability to determine what came before us. Together, we must reject Darwinian humanism and return to the simple faith of the seven-day Genesis account.

*Note: Some of this will change and develop more as we merge in with TheMajestysMen.com and the HNR.GD Community platform in the months ahead. Please check back and watch on Twitter for announcements in the coming weeks. You can also send us a message through the contact form below to let us know you want to be kept in the loop via email.

1. Pray for your local community.

Nothing we build will last without the Lord’s blessings. We are only his humble servants. If you share our vision of a society and world in glorious submission to God’s law, begin by praying for your local community. Our hands must work where they are present, and until we begin to pray earnestly for our neighbors to know and love the Lord in truth, we will never labor to that end.

2. Sign up to become a member of the online community.

This will give you access to create a personal bio page and the option to join or create a community forum for your local community where you can view other group members profiles and write on the discussion board to suggest local events in person.

3. Find or add your community to our map.

A critical piece of our success lies in getting useful information onto our map. We want to become the go to resource for Christendom friendly local networking.

4. Join or create a community forum.

If your local community already has a forum, join it and say hi to the other members. Get started networking and getting together in person to share meals, sing psalms, and plan ways to make a difference in each others lives and communities.

If your local city doesn’t have a forum, you can start one and invite others you know to come be a part of this project.

Finally, you can also join the Citizens of Christendom forum to meet members of other communities.

Let us know what work you’re up to and where. Let us know if you want to be kept in the know about developments as we join forces with TheMajestysMen.com. Or, ask questions and make suggestions. Whatever it is, get in touch with us via the contact form here and we’ll do our best to reply shortly.

© 2022 All rights reserved Ten Keys • A project of TheMajestysMen.com on the HNR.GD Network

This site uses "cookies" to provide the best experience possible. If you continue to use this site, you agree to legally being a normal person who enjoys a few good cookies.ACCEPT